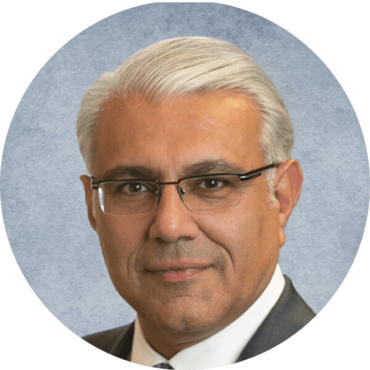 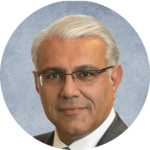 Hessam Nadji has served as President and Chief Executive Officer and as a director of the Company since March 2016. Mr. Nadji previously served as senior executive vice president and chief strategy officer. He joined the Company as vice president of research in 1996 and held various other senior management roles through the years, including chief marketing officer and head of the Company’s specialty brokerage divisions. He played a leading role in the Company’s initial public offering in 2013. Mr. Nadji received a B.S. in information management and computer science from City University in Seattle and has over 30 years of experience working in the real estate industry. 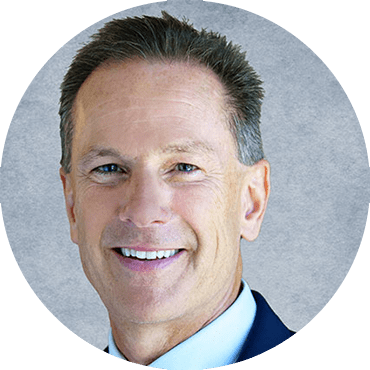 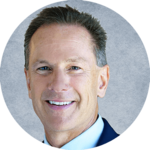 Prior to joining the firm in 2020, Mr. DeGennaro served as executive vice president and chief financial officer of InTouch Technologies, a provider of virtual healthcare solutions, and as senior vice president and chief financial officer of a publicly traded firm specializing in mobile network computing before that. He began his career with KPMG, where he helped clients prepare and execute IPOs in addition to providing other accounting services. Mr. DeGennaro has extensive experience in finance, strategic planning, operations, leadership, and merger and acquisition transactions. His heavy technology background and growth-driven CFO experience bring a new perspective and skill set to our firm’s leadership team.

Mr. DeGennaro holds a Bachelor of Business Administration in Accounting from the University of San Diego. 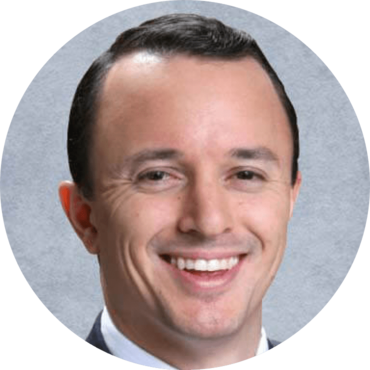 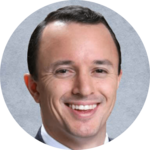 Richard Matricaria is the COO for Marcus & Millichap’s Western Division.

Mr. Matricaria first joined the Marcus & Millichap management team in September 2009 when he became sales manager of the Fort Lauderdale office. He was promoted to regional manager overseeing the Orlando and Jacksonville offices in January 2012 and added Tampa five months later. In 2014, Mr. Matricaria was elevated to the role of vice president, and in 2016, senior vice president.

Prior to starting his path in management, Mr. Matricaria was a sales associate for eight years in Marcus & Millichap’s Fort Lauderdale office. He was instrumental in leading a team specializing in retail, single-tenant and shopping center investments, and facilitated the acquisition and disposition of approximately $500 million of investment properties throughout the Southeast.

Mr. Matricaria received a B.B.A. in marketing from the University of Alabama and an M.B.A. from St. Thomas University. He is actively involved in the International Council of Shopping Centers, the National Association for Industrial and Office Parks, the Urban Land Institute and the Best Buddies organization. 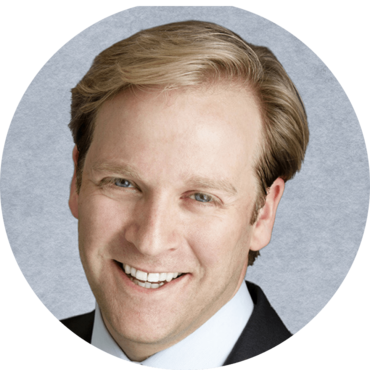 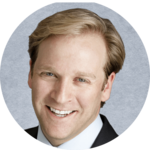 J.D. Parker is the COO for Marcus & Millichap’s Eastern Division.

Mr. Parker joined Marcus & Millichap in 2004 as an agent specializing in investment sales, and earned the firm’s Rookie of the Year Award and National Achievement Award in his first year. Prior to serving as executive vice president and division manager, Mr. Parker held the roles of sales manager and regional manager in the New York Tri-State region. During his time with Marcus & Millichap, Mr. Parker has overseen the opening of several offices and led the acquisition of several investment firms. In his role as division manager, he led the firm’s expansion into Canada, and he now oversees 40+ offices throughout the East Coast, Eastern Canada and Midwest regions. 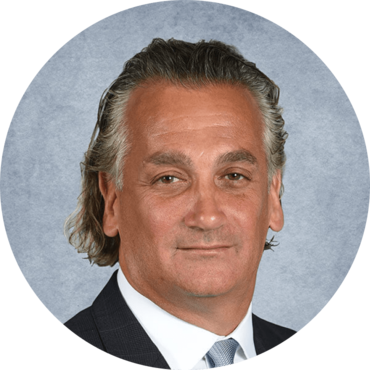 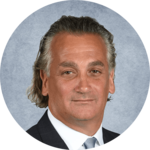 Mr. Denner joined the firm in 2019. As the head of corporate strategy, he develops and executes strategies aligned with Marcus & Millichap’s long-term growth plan by improving the company’s business model, processes and platform, as well as through the acquisition of synergistic companies and groups.

Before he joined Marcus & Millichap, Mr. Denner spent several decades in real estate and financial services in executive leadership and entrepreneurial roles. He advised the partners at Ackman-Ziff Real Estate Group, founded one of the largest student housing companies in the United States, was a senior managing director and head of merchant banking at Cantor Fitzgerald, and held several positions on Wall Street.

Mr. Denner graduated from Hofstra University with a Bachelor of Business and received his Master of Science degree from Columbia University. 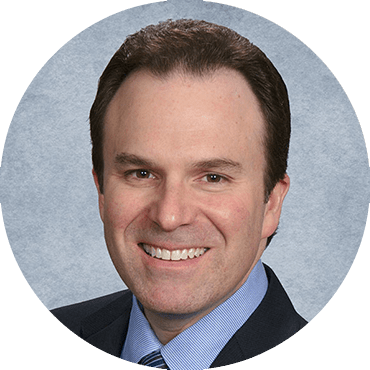 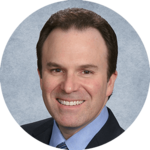 Mark Cortell is Senior Vice President & Chief Legal Officer of Marcus & Millichap, Inc., overseeing the firm’s legal function and playing a key role in the company’s mergers and acquisitions activity. Mr. Cortell has significant experience in both public companies and in private equity.

Prior to joining the firm in 2019, Mr. Cortell served as a senior legal and finance executive with global responsibilities at Zodiac Pool Solutions, S.A. (a Carlyle Group portfolio company), Water Pik Technologies, Inc., Teledyne Technologies Incorporated, Move, Inc. and Kinko’s, Inc. Prior to becoming an attorney, Mr. Cortell worked as a Senior Accountant for KPMG and as a financial consultant.

Mr. Cortell received his Juris Doctorate Degree from Pepperdine School of Law and a Bachelor of Arts degree in Business/Economics (Accounting) from the University of California, Santa Barbara. Mr. Cortell is a licensed attorney and member of the California Bar, and is also a Licensed Certified Public Accountant (inactive). 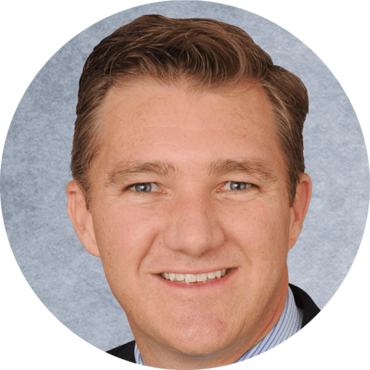 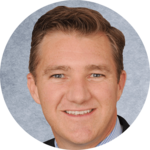 Mr. LaBerge joined Marcus & Millichap in 2005 as an investment broker, was appointed as a regional manager in 2008 and became national director of our Hospitality Division in 2012. During his three-year tenure as national director, Mr. LaBerge successfully grew the division to more than 50 brokers, creating the industry’s largest hospitality sales team. His work establishing the infrastructure, tools and resources for the division’s brokers was instrumental in elevating Marcus & Millichap’s brand and industry presence.

Mr. LaBerge received his Bachelor of Arts degree in economics from Northwestern University and his M.B.A. from the Kelley School of Business at Indiana University. 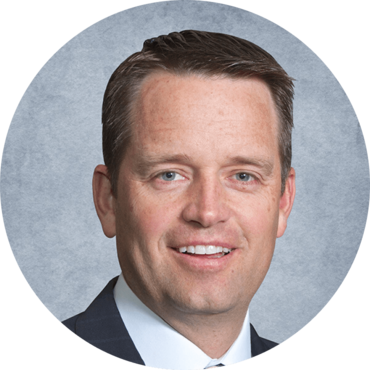 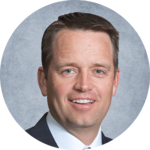 Mr. Christofferson began his career with Marcus & Millichap as a sales assistant in 1997 and was quickly promoted to sales agent and then sales manager focusing on the Southern California retail market. He also served as a regional manager and vice president, leading several offices to multiple record-breaking years and overseeing billions of dollars of commercial real estate transactions for Marcus & Millichap Capital Corporation (MMCC). In 2011, Mr. Christofferson was named director of special asset services for the Western U.S., and was honored by Real Estate Forum magazine as one of the “45 under 40” most influential commercial real estate brokers in the country. As senior vice president and division manager, Mr. Christofferson oversees offices in Southern California, Nevada, Utah and Idaho, and has led the opening of several offices in Southern California.

Mr. Christofferson is a graduate of Brigham Young University. 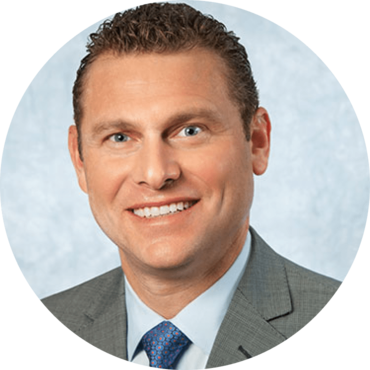 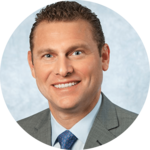 Mr. Glass joined the firm in 2001 under its sales intern program and became an investment associate in 2004, closing 16 transactions in his first 24 months. He was promoted to regional manager in 2007, a role which expanded over the next decade until he was appointed district manager in 2016. During his time with the firm, Mr. Glass has been involved with and overseen thousands of transactions totaling several billion dollars.

Prior to working with Marcus & Millichap, Mr. Glass was a credit analyst with LaSalle Bank/ABM AMRO. He holds a degree in business administration from the University of Arizona with a concentration in finance. 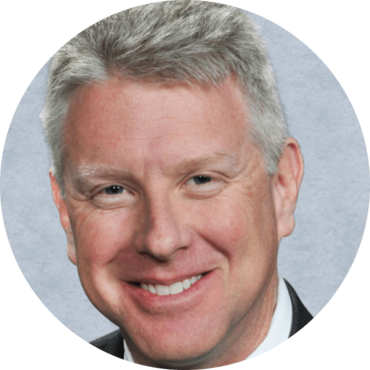 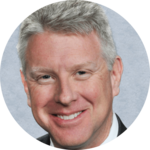 Tim Speck serves as a senior vice president and division manager of the firm’s Texas offices. He is active in the firm’s agent training and development programs, facilitating several training classes every year and working closely with agents of all levels to help them successfully launch and advance their careers. And under his leadership, the Dallas office has grown into one of the firm’s top offices.

Mr. Speck joined Marcus & Millichap in 1993 as a sales assistant in the Dallas office. With the formation of the firm’s research department in 1996, he relocated to the Phoenix office and became a divisional research manager. During his tenure, he was charged with establishing local research departments in selected Marcus & Millichap offices throughout the country. Mr. Speck was also instrumental in the formation of the firm’s central market research group.

Prior to accepting the regional manager role in the Dallas, Mr. Speck earned the title of sales manager in the Phoenix office. He has also served as the manager in charge of the firm’s Major Account Services (MAS) group and led the firm’s development of some of the industry’s leading marketing, packaging and financial analysis models.

Mr. Speck attended Texas A&M University, where he earned a Bachelor of Arts degree in finance. 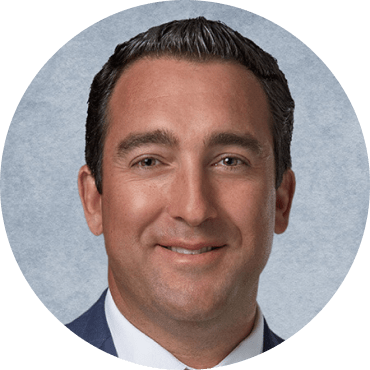 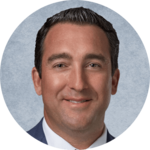 John Vorsheck is senior vice president and division manager for Marcus & Millichap’s Western Division, which includes much of the west coast and Rocky Mountain states, as well as Alberta and British Columbia.

Mr. Vorsheck is a graduate of the University of Arizona, where he received a Bachelor of Arts in communications with a minor in business administration. 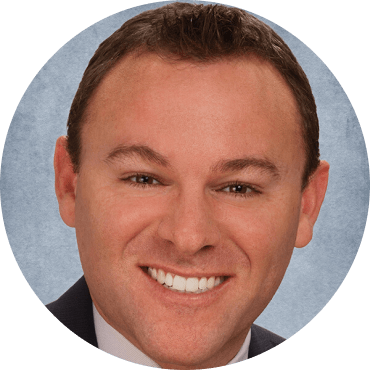 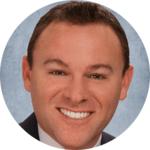 Mr. Theobald started with the firm in 2014 as assistant general counsel, and was promoted to vice president in 2017 and deputy general counsel in 2018. Prior to joining Marcus & Millichap, Mr. Theobald was an accomplished attorney in San Diego with Paul, Plevin, Sullivan & Connaughton LLP, where he specialized in employment litigation, business litigation and transaction work. He served as chair of the Labor & Employment Section of the California Bar Association, and has been a finalist for the Los Angeles Business Journal’s In-House Counsel of the Year award.